Boards need Women more than Women need Boards: If you want us, you need to woo us

Most recent writing on women and Boards - including my own - has focussed on the problems of getting women admitted to the Boardroom.  We have examined the inequalities - on why women are kept disproportionately out of the boardroom and how this situation can be levelled.  But I think we're about to see the tables turning.  Last week Glencore, the last remaining FTSE company with no women directors, announced that they have appointed  Patrice Merrin.  This was declared 'historic' by Business Secretary Vince Cable and ushers in a new period when I predict women will be in the driving seat. We are finally moving into a real economy for Boards - where public companies must woo the highest performing people whether male of female. Ironically women may be much harder to persuade than the establishment thinks.

Many women do want a seat on a FTSE Board and I'm delighted that solid progress has been made since the Davies report was issued in 2011.  But shareholders should be wary of assuming that this progress will lead inexorably to a flood of high quality women candidates.

Plc Boards do not offer the appeal they once did.  Years of tightening transparency rules bringing with them a round of grinding process and the relentless demands of capital markets have sent people running to more attractive options.  Many of these involve entrepreneurship of varying types from kitchen table businesses to high level private equity. In fact women are leading the charge - between 2008 and 2011 women accounted for an unprecedented 80% of the new self employed in the UK.

This inevitably leaves the pool of candidates for non-execs for plcs shallower. 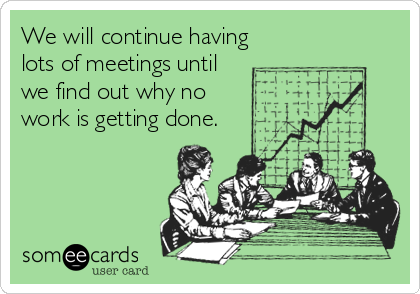 My personal experience reflects this dilemma. In the two plus years since I left the corporate world and started my own business many opportunities have come my way.  But by far the easiest to turn down was the approach to become a non-exec for a FTSE 250 company.  It required a heavy workload, combined with the inflexibility of having to be at meetings in person, in a fixed location booked a year in advance. In an age when entrepreneurs can run billion dollar businesses from a laptop from anywhere in the world, it felt like a lock in with far more disadvantages than benefits. This kind of inflexibility is putting off candidates.  The alternatives - opportunities that allow us to embrace the freedom brought by the digital world are far more attractive. Disruptive technology suits us - we can provide top quality support and insight whilst managing families. Why should we give this up to pander to people who just want to protect the status quo?


Getting women on to boards of plcs is rightly seen as a priority.  There is now a lot of research showing that women on Boards generally add substantial shareholder value.  I greatly admire Heather McGregor in her various incarnations, and as a very successful head hunter she must be focussed the difficulty of persuading female executives to do these roles.  But her recent Times article instructed women to make sacrifices to build networks that will get you recommended for Boards, saying that Patrice Merrin wouldn't have been appointed if she'd been 'under a hedge'.  Clearly visibility is important.  But the implication that women should sacrifice family life to build networks in the hope of hooking a Board seat feels outdated to me.

If plcs choose not to hire good women it is their shareholders who will lose out. As in much of recent history, there would seem to be a clear divergence of interests between the directors and owners of plcs. There is no incentive for incompetent men to hire capable women. The only way change will be effected is either by the introduction of quotas which I firmly disagree with or by shareholders being active in the same way that they have done recently on issues such as as executive pay.  This I would like to see.

Come and find us.  We're here, we're not difficult to find, but do offer us the kinds of roles that suit the way we work and deliver value.  Don't make us become ersatz men.  Let us bring our skills and abilities but on our terms.


Posted by Sally Costerton at 20:53 No comments: