The ambition gap - can it ever close? 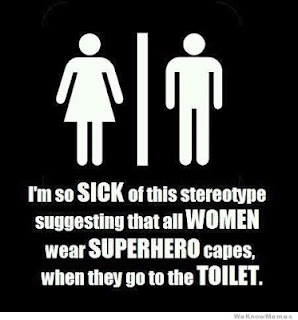 The last week has brought inevitable reflection on Margaret Thatcher's role as a role model for ambitious women wanting senior leadership roles.  Some criticised her, pointing to a lack of policy initiatives giving ordinary working women a helping hand to follow her example. Famously she never put herself forward as a feminist - instead she tended to present herself as someone who just wanted to do the job and was prepared for the trade-offs that this brought.  And she said many times that if it hadn't been for Dennis she would never have been able to do her job.

I was a 'child' of Thatcher - when I was getting married and starting my career she was an apparently unassailable presence.  I don't remember then seeing her as a role model per se - rather thinking she was a one-off, a force of nature.

One word repeats itself in the obituaries and comments.  Ambition.  Clear and unapologetic.  We might not like to admit it, but the evidence is clear that women find it significantly harder than men to identify with the idea of success. And that leads to an 'ambition gap' which plays a significant role in keeping women out of the top jobs.
According to a Harvard Business Review study, 48% of men describe themselves as ambitious against only 35% of women and further only 15% of women aspire to positions of power as opposed to 27% of men.  I wonder if the use of the word 'power' is part of the issue here -less than a third of men feel comfortable saying they actively want it.  There is a deep-seated belief amongst women which I think is introduced from childhood that actively wanting power is unattractive and unladylike and thus not associated with reward or pleasure.

I think this a tricky issue to address - really we need to find new ways for ambitious women to express their ambition in language with which makes them comfortable and confident.

When I looked into it, this goes deeper than I thought. I am an avowed follower of Men are from Mars, Women are from Venus, (if you have somehow never read this - do - one of the most useful books you'll every read).  So I was very interested in some research in the US showing the impact of this hard wiring in the workplace. ‘Women Don’t Ask’, a report by Babcock and Laschever, shows how sex differences in earnings emerge soon after graduation from university because young men routinely negotiate higher starting pay while most young women fail to do so. In surveys, when asked to pick metaphors for the process of negotiating men picked “winning a ball game” or a “wrestling match” while women picked “going to the dentist”. These differences in approach develop over time into a substantive earnings gap – even among people who went to the same universities and have the same qualifications, including MBA graduates.
We see a similar trend here in the UK - research from the ILM shows that women's lack of confidence comes through in their more cautious approach to applying for jobs  or promotions: 20% of men will apply for a role despite only partially meeting its job description, compared to 14% of women. Climbing the career ladder is notoriously competitive, and women’s hesitation in applying for more challenging roles inevitably puts them at a disadvantage.

Rather than pretending this doesn't exist, I hope women can take more time to understand - and accept - why they are wired in a certain way - knowledge is power and once you know why something happens, you can take steps to change the outcome.
Posted by Sally Costerton at 14:15 No comments:

Email ThisBlogThis!Share to TwitterShare to FacebookShare to Pinterest
Labels: Feeling Good, Getting women on Boards, Glass Ceiling, Men and Women are wired differently, Understanding the male psyche at work

Get me to the church on time

I heard the wonderful Helena Morissey on Women's Hour this week talking about the secret of her success.  She said it was having a supportive husband explaining in a matter of fact way that her husband liked taking care of the family and she liked going to work.  Her directness was very appealing. Her comments come on the back of Helen Fraser, the CEO of the Girls' Day School Trust who talked about the need to raise awareness with girls that if they want a career they need to pick the right husband.  Not just one who will 'do the dishes' but one who will genuinely support them in their career ambitions. Vicki Woods wrote a great article expanding on the theme in The Telegraph. 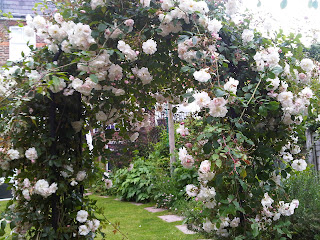 I couldn't agree more - and in my experience it's not just about choosing a partner with the right attitude, but also trying to find them when you are reasonably young.  I have always felt that a key factor in my ability to be a successful CEO was my decision to get married and have both my children before I was 30.

There is strong evidence that one of the reasons women are failing to make it into the most senior positions is because they lack a strong partner to help them.   And this is partly because they wait until they are in their thirties or later to settle down and start to have children.  Not only does this mean that their childbearing years will coincide with exactly the time in their career when they are at the tipping point for breaking through the glass ceiling, they are trying to do two incredibly difficult things at once - progress up the corporate ladder whilst working out the rules for a happy balanced family life. 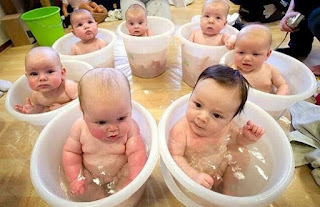 Today  the average age women get married is 33.  I was 26 which seems alarmingly early now- even then I was the first of my friends to trip down the aisle.

For many years I felt the odd one out.  During my thirties, everyone I knew was moving into glamorous houses and taking three holidays a year. On the other hand, we were living in the same house and embracing Key Camp holidays for the family rather than hitting the slopes at Val d'Isere. As my children went to secondary school my contemporaries were going on maternity leave.  I wondered if I'd missed out on the great secret that everyone else knew.

And one day it all made sense. At the age of 40 I was asked to  become a CEO.  I didn't immediately accept  - I was worried about the impact it would have on family life. After much discussion, my husband Richard decided he would give up his job to take care of the children.  That meant I could go into the role with no strings attached, from day one. It's a tough call but one that more and more men are making.  I can't find any statistics on men as primary carers, but almost all senior women I know do have a partner who is the primary carer for the children even if he doesn't give up work completely.

So my advice is to start thinking about finding the "one" and having children in your mid-late twenties.  There's no evidence it leads to more divorce - spikes seem to come from either very early or second marriages. And I'm please to see my view on this point at least chimes with that of US blogger Penelope Trunk  - a great read if often controversial.
Posted by Sally Costerton at 22:39 No comments: