The gender equality debate of the past 30 years has necessarily focussed on equal pay and equal opportunity - and has been largely successful. In many EU countries there is now almost a 50/50 split of opportunity for men and women in all careers - women can go down mines and into space and men can be nannies and nurses. 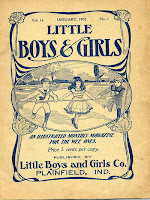 So far so good. But we know this equality of opportunity doesn't translate to equality in the boardroom. One little discussed reason is that guess what, men and women really are different - and not just because women have the babies. We are built differently from the DNA up - science demonstrates that women think with both sides of our brain at once while men use the left and right side separately. The female 'whole brain' approach favours complete solutions which are carefully examined, tested and thought through. Women typically have a larger deep limbic system than men which allows them to be more in touch with their feelings and better able to express them which promotes bonding with others.

This is explored in The Essential Difference: Men, Women and the Extreme Brain by Simon Baron Cohen - described by The Independent as Ali G's smarter cousin and Britain's leading expert on autism. He has devised a series of tests which you can try out online here.

But its not all good news for women. Our bonding skills also encourage us to put ourselves down because we want support from others. We will frequently apologise for things that are not our fault whereas men rarely do. If a man is asked why he has been promoted, he will tell you honestly that he thinks it is because he deserves it. A woman on the other hand is much more likely to ascribe it to having a 'great team' or a 'supportive boss' or just 'getting lucky'. I know I have done this many times - and yet I can't really think of any examples of when my male colleagues did anything similar.

Women would benefit enormously from learning how to deal effectively with the male bias that inevitably dominates senior management. That's not about 'becoming a man'. Far from it. I'm with Joanie (Mad Men- Series 2) who famously tells the innocent Peggy that she won't be accepted in the all male Playtex account team until she learns to stop fighting to get it in and starts understanding how they tick. Things have moved on since 1962 thankfully, but getting inside the male psyche is vital if you are to be happy and successful in top jobs.

I recommend finding yourself an honest - and sympathetic male 'coach'. Mine is my husband - but it could be anyone, providing they are on your side and will tell you what men really think.