Crumbling ceilings, Commissioners and why women hold the secret to the future of work

In the end, it wasn't a sudden smash, more a gradual crumbling of the ceiling. The progress of women in top jobs has been steady but sure over the past couple of years. And so far in 2017 it feels like it's reached new levels. Theresa May has been keeping a tight grip on leadership. Last week she pulled off the virtually impossible task of snatching a solid Labour seat in the Copeland by-election. A feat not accomplished by a sitting government for the past thirty years.

Thursday brought the news of Cressida Dick's appointment to lead the Metropolitan Police, ultimate bastion of male dominance. Interestingly much of the coverage cites her popularity and respect with the London police force suggesting she combines professional expertise with good people skills.

Theresa May and Cressida Dick have something else in common. They were appointed following men who had left prematurely. Women still often get the top jobs when times are tough - when organisations feel they have run out of male choices. But this doesn't have to be bad. There's nothing like taking on something that your predecessors have failed to fix and turning it around to boost the ego. In Dick's case she's taken up the reins after the early departure of Sir Bernard Hogen-Howe. The role has become something of a poisoned chalice with few of her predecessors emerging with their reputations enhanced.

The fictional crime world is reflecting reality with the new season of Channel 4's fantastic No Offence. This police drama has an almost entirely female cast - all the lead characters including the gangland villain are women. And not nice fluffy ones. But tough, ballsy, often flawed and sometimes unpleasant women. in other words a realistic group of people getting an important job done. And it feels no more of a 'statement' than a woman in Downing Street or running the Met.

In the communications world, The Holmes Report 2017 has nearly doubled the percentage of women in their 2017 People to Watch index. No one commented on this - it was just seen as normal.

But with a narrative of exclusion and smashing ceilings, perhaps we lost sight of the real goal - for it to be run-of-the-mill for women to be in charge. There's a time to fight - and a time to normalise.

Which is not to say every aspect of gender equality is fixed.


Some things are taking longer - and proving more persistent. Sexism certainly isn't going away. The Everyday Sexism project which I first wrote about over a year ago is depressingly full of examples - some quite horrifying - of the kind of regular sexism that women of all ages, races and religions still routinely experience. 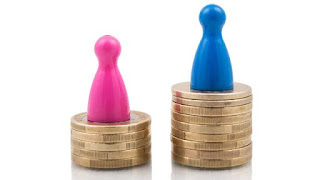 It's a year since the government announced that large companies would have to publish their gender pay statistics. The UK PR industry is hot on the issue, with leadership bodies pushing for gender pay transparency to narrow the gap faster. But it is still better than in many parts of the UK economy.

There is still much to be done and we can't relax. But perhaps it's time to consolidate significant gains and release energy for new problems, not just recycle the old ones.

The productivity crisis in the UK workforce is accelerating with fewer and fewer people available to fill the roles needed to support the economy in the future. An ageing population is a major factor - people are retiring faster than they are being replaced. Until recently, this gap has been hidden by immigration but Brexit may crystallise this productivity gap.  Businesses need to focus on how to address this gap. There are solutions being proposed and time is of the essence.

Bringing women back into work from career breaks on a much bigger scale will make a real difference. The UK PR industry has made progress in this area that we can share. Returnships are a brilliant idea using ideas designed for first jobbers to ease women back into roles.

Flexitime is important.  Models are becoming more common and accepted and again PR does well with over a quarter of people working in the industry taking advantage of these options.  The Power Part Time Top 50 showcases a wide range of women and men who are working in part time, but powerful roles. In some cases that's taking a four day week. In others it's job shares.  Interestingly two of its members are Sarah Lucas and Jonathan Bartley who jointly run the Green Party of England and Wales.

Embracing automation is key and is another important area we should engage in. It has become a negative issue, often linked in media discussion to the loss of blue collar jobs and associated disaffection with mainstream politics. But there's a real opportunity to share our work proactively with machines. Getting this right will be key to building a productive future. It's about playing to strengths.  Machines can't manage people or take responsibility and blame but computers could - and can - be taught to make a perfect flat white.

Women should be championing this trend. Working women have long been enthusiastic adopters of new technology to allow them to work whilst being mothers and running homes. From the advent of the washing machine in the 1960s to the wealth of apps with which many working women now juggle their lives, we are adept and confident at working in partnership with machines for maximum gain. We should be enthusiastically advocating a positive approach for introducing more automation where we can to support a healthier, happier and more productive workforce.

There are many challenges ahead. But we've made real progress and should have the confidence to use that experience to tackle new challenges, not just recycle old ones. Let's apply the same energy to these that we applied to the glass ceiling.
Posted by Sally Costerton at 17:18

Email ThisBlogThis!Share to TwitterShare to FacebookShare to Pinterest
Labels: Getting women on Boards, Glass Ceiling, Men at Work