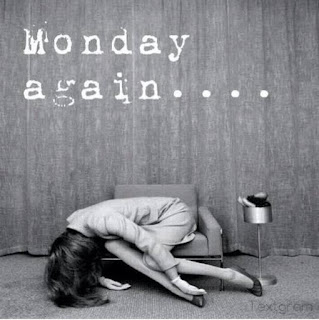 Robots could be the unlikely weapon not just putting women in the Boardroom but keeping them there.  The shortage of a good pipeline of women for senior roles is well documented. Research suggests this is in part due to the time and energy-sapping demands facing women to manage domestic life as well as their careers.  Fewer women than ever describe themselves as housewives, but almost no men claim this territory. The time-consuming nature of domestic tasks stretches the capacity and patience of most couples.

Some men are Domestic Gods but research shows that the balance of these tasks are still done by women. The wealthy have always known the solution to escaping domestic servitude is staff. And today they still hire a support team of nannies, cleaners and housekeepers.  But that’s beyond most budgets.

The great hope for everyone else was the dream of technology.  The web helps. The UK is second only to China in our enthusiasm for online grocery shopping.  It's a real boon for working parents.  But we’re still depressed by our dirty homes and guilty about microwave dinners. And this does nothing for our enthusiasm at work.

It feels like a frustrating lack of progress. Since the 1960s brought us affordable washing machines, we've believed that freedom from domestic chores was just around the corner. During the 1970s scientists turned their attention to our food, introducing frozen meals and space aged mashed potatoes. I remember my mother buying her first dishwasher in the mid-1970s.  A transformation.  After that we thought it would be a hop, skip and a jump to guilt-free careers. But somewhere in the last ten years it all started to slow down.  In fact we appeared to go backwards.  Agas – first invented in the 1920s – became the most desirable kitchen item and as expensive as a family car. Hi-tech and fast was out.  Slow and ethically sourced was in. Fast food – demonized by the health lobby - took a back seat in popular culture.  Media encouraged us to cook healthy family meals from scratch and eat together at least five days a week. Anything less suggested negligent parenting.

I’m a strong believer in the family eating good food together. My solution was a weekly cooking and freezing bonanza to allow me to give the family home-cooked meals and still work a full day in a demanding job.  They did eat a lot of stew, but you can’t have everything. 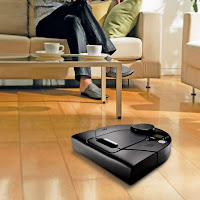 But three years ago came the game-changer.  Just as my domestic nest emptied – I bought my first robot.  Meet Neato the robot vacuum cleaner.  It was love at first sight and has remained so. This is one of those rare moments when you know that you will never go back.  A daily clean is a piece of cake with no supervision.  It can even cope with the drifts of my black Labrador’s hair.

I think this is the start of a real revolution.  A robot chef already exists and will be launched in 2017.  At $15,000 it’s going to be a while before we all have one. Robot lawnmowers are becoming more commonplace and affordable. It’s taken  sixty years but finally we might be able to dedicate less energy to running our homes and more to building our careers.
Posted by Sally Costerton at 23:33

Email ThisBlogThis!Share to TwitterShare to FacebookShare to Pinterest
Labels: Dealing with Guilt, Getting Organized, Getting women on Boards, Glass Ceiling